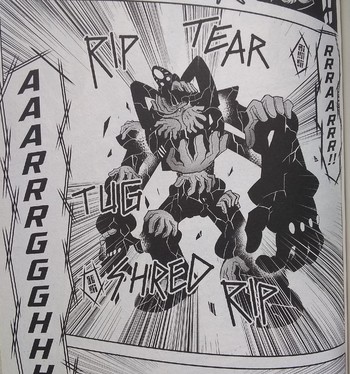 He stopped one monster... and unleashed nine more monsters in its place. (Nice Job Breaking It, Hero!)