Nightmare Fuel / Lord of the Flies 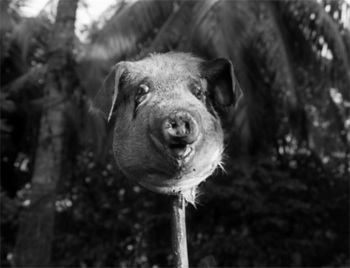 "Kill the pig! Cut her throat! Spill her blood!"
Lord of the Flies has lots of creepy stuff, like William Golding's firm belief that Humans Are Bastards, especially preteens and teenagers.