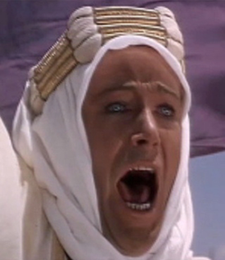 Just scary out of context

The 1962 movie "Lawrence Of Arabia" is not particularly frightening, though there are a few scenes that can disturb you if you think too long about them.