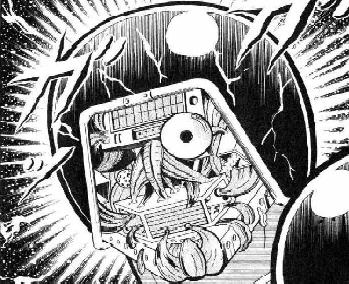 Being a cyborg is not all that it's cracked up to be.
As expected from a wrestling manga, when the violence gets bad in this series, it tends to get really bad. Despite that, there's a surprising amount of generally scary things and some And I Must Scream fates for any poor soul who happens to be on the losing end of a match.
Advertisement: