Nightmare Fuel / King of the Hill 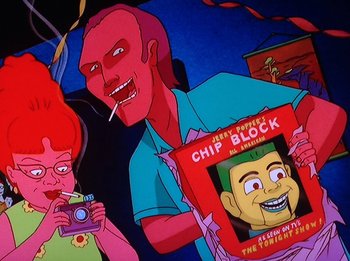 No wonder why Dale has so many problems.
Advertisement:

King of the Hill is a pretty laid-back cartoon, but it is made by the same guy who introduced the world to Beavis And Butthead, so there are some moments that come off as nightmarish.