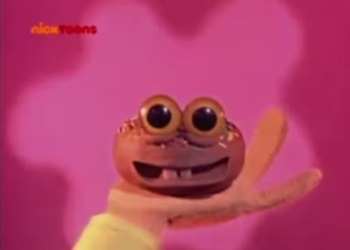 No peabrain, donuts were never alive to begin with.
Not only does KaBlam! collide cartoons and comics, it can be horrifying at times.

Prometheus and Bob
Emmett Freedy
The Off-Beats
Anemia and Iodine