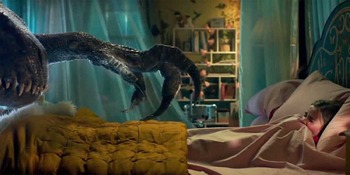 Filled with fire, new and old dinosaurs; and a lot of scare chords, Jurassic World: Fallen Kingdom likens itself as a horror movie, and it shows.