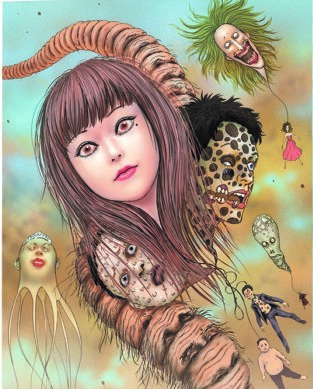 Junji Ito's so very good at this he warrants a page for all of his works and even needs this one for the miscellany.