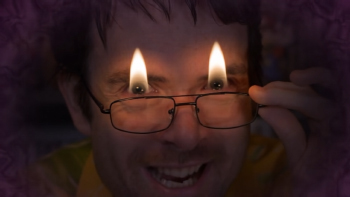 Though there is some Nightmare Retardant a bit later when the victim is shown to have had his fingers replaced with sausages that he can't stop himself from eating because they're delicious.