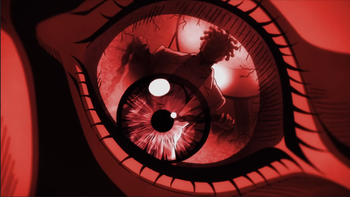 Let me see that pretty face drain of all hope! [...] Just be sure to cheat this way so I can get a good look before you go ahead and die!
JoJo's Bizarre Adventure has never shied away from gratuitous violence, but in a relatively short time, Vento Aureo has cemented its place as the darkest story in the series. Having no shortage of gritty and disturbing scenes, this part clearly shows us the dark, cruel things that a Mafioso might have to go through.