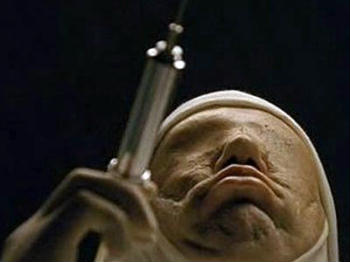 Time for your daily injection of Nightmare Fuel.
Advertisement:

We could just say "This entire goddamn film" but we wouldn't be accurate. We should instead elaborate on all of the creepy moments this movie has to offer below, shall we?