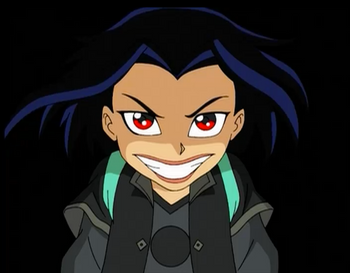 The show was pretty light hearted compared to others, but it did have its moments.

open/close all folders
In General
Season 1
The Power Within

Project A, for Astral

Day of the Dragon

Season 2
Through the Rabbit Hole

The Curse of El Chupacabra

Into the Mouth of Evil

Chi of the Vampire

Season 3
Sheep In, Sheep Out

J2: Rise of the Dragons

Season 5
Relics of Demons Past

The Demon Beneath My Wings

The Powers That Be