Nightmare Fuel / Indiana Jones and the Kingdom of the Crystal Skull 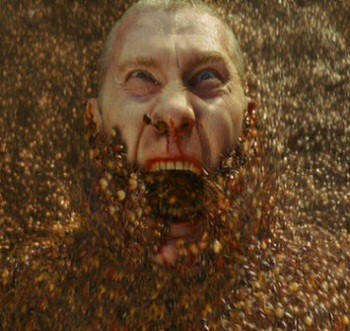 Suddenly I don't feel so guilty stepping on ants. note Fun fact: the JPG of this image was called Bad Picnic.
Advertisement: