Ice Age may be a series primarily focused on comedic antics back in...well, the Ice Age, but just because it's focus is more on the comedy doesn't spare it from the more disturbing elements of that era. 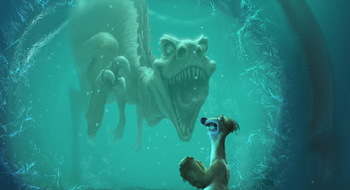 "I'm afraid those things will harm me, cuz they sure don't act like Barney..." 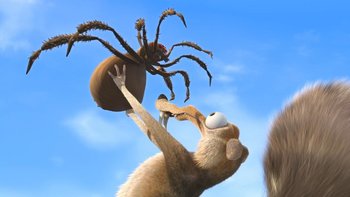