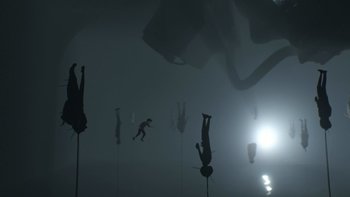 This game is a Spiritual Successor to LIMBO, but where that game went for the horror of nature, this game goes for the horrors that man can wreak upon himself.