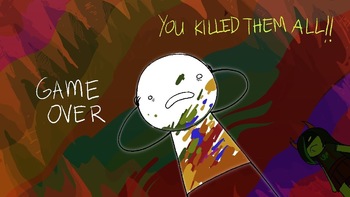 When was the last time the wrong choice in a visual novel led to the mass murder of an entire nursery?
There's a reason this game has a much higher age rating than Hiveswap...