Nightmare Fuel / Higurashi: When They Cry 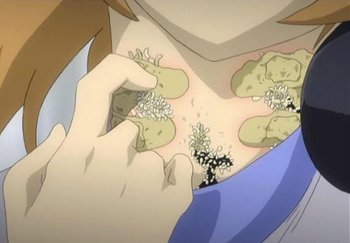 That's quite some itch there. Quite surprising how that is all a delusion from a Hate Plague.