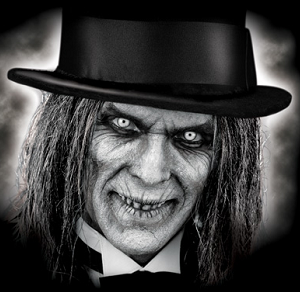 Yes, the quote on top is not joking. While every single aspect about Universal's Halloween Horror Nights is basically high octane nightmare fuel, there are plenty of specific examples we can describe of things that, well, stick out to us in particular when it comes to this trope.