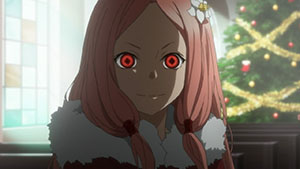 She stares at your soul.