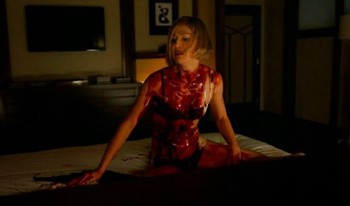 Out with a bang, indeed.