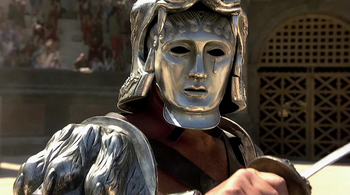 "Tell me what you've been doing busy little bee, or I shall strike down those dearest to you. You shall watch as I bathe in their blood."
—Commodus
Advertisement: