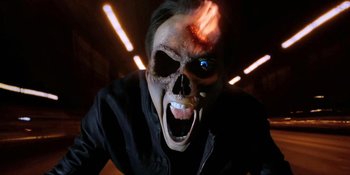 He's scraping at the door! SCRAPING AT THE DOOOOR!
Advertisement: