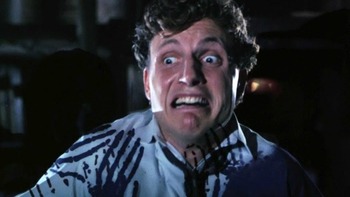 The movie is a supernatural romance comedy drama thriller and it really takes the opportunity to ramp up the "supernatural" and "thriller" aspects. Given the movie's title is Ghost, this wouldn't be all that unexpected.