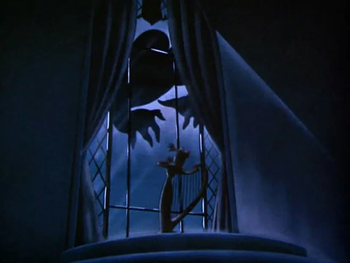 "One day, a mysterious shadow crept over the valley... and then something dreadful happened..."
Advertisement: