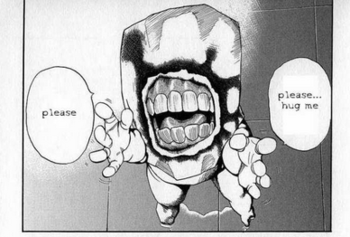 C'mon, don't you wanna hug the cute lil' baby?
Fuan no Tane features some of the creepiest ghosts and monsters in all of manga.