Nightmare Fuel / From Dusk Till Dawn 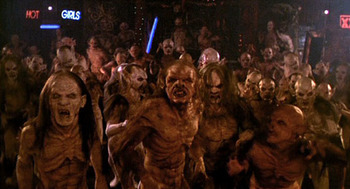