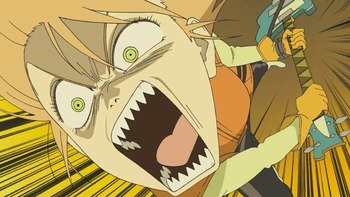 Seriously, you don't want to make her angry...
Advertisement:

Though most of the show is just wacky and weird, several segments have twisted the surreal too far.