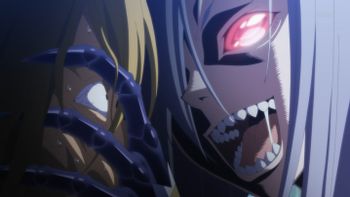 Arachnophobia amplified. note Her victim had it coming.