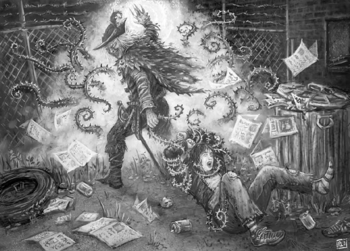 This is what will happen if they get their hands on you.
Unmarked spoilers below!