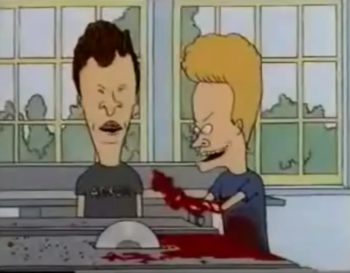 DEAR GOD, WHERE'S THE FIRST-AID KIT?!?
Let's just say that this show has quite the number of moments that can be off-putting for some people.
Advertisement:

open/close all folders
The TV Show
Other