What, you thought just because the artwork's bright and pretty, Ava's Demon doesn't get creepy? HAH! 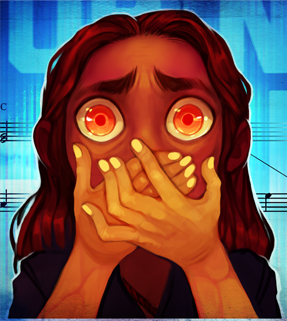