Nightmare Fuel / Atop the Fourth Wall 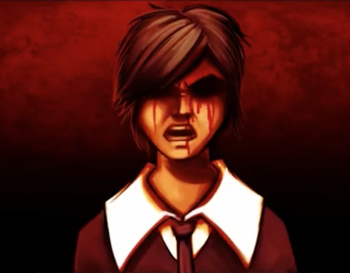 Beneath the seas, beside the flame
Off the coast where the lost beast came
To bring the world misery and shame
A piece of the world is missing
— The poem of The Entity

Atop the Fourth Wall is a funny review show... that features an Eldritch Abomination, a Killer Robot / Manipulative Bastard, a Multiversal Conqueror, a gun Powered by a Forsaken Child, and a hero who is edging further and further into Anti-Hero to the point of nightmarishness. Yeah, Linkara is really good at creating plots that fill us with terror.

Spoilers are unmarked as Nightmare Fuel pages are meant for post-viewing.