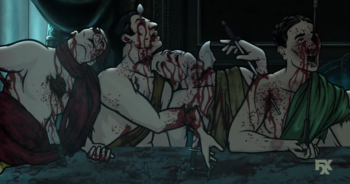 "I think I would've preferred Werewolf."