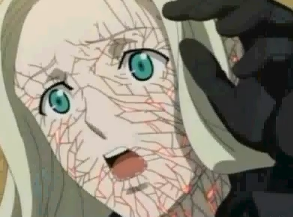 Unlike cartoons in the west, a great deal of anime is intended for mature audiences; it might be because of the occasional swear or gratuitous blood and/or suggestive ecchi content, but quite a few people think it's because of any of these soul-destroyingly terrifying scenes. Plus, anime meant for kids can be intentionally freaky in its own right, since Japan has different standards for what's appropriate for fiction aimed at children than in North America. Manga is often filled with just as much (or more) Nightmare Fuel that is not in the least diluted by not being animated. In fact, in many ways, it can be worse.