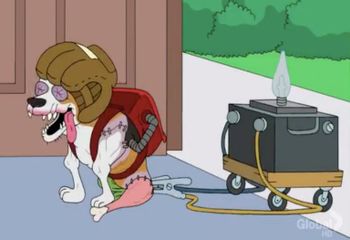 As American Dad! was made by the same mastermind behind Family Guy, it shouldn't be surprising that this show can sometimes go into nightmarish territory.