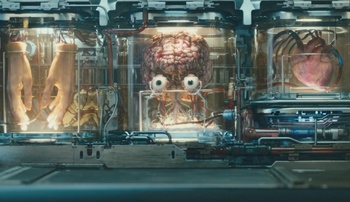 When Vector said "I will send you to Zalem", he didn't necessarily mean "in one piece".