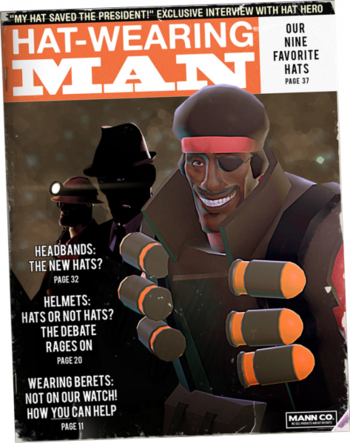 "In true Western tradition, your level of badassness is dictated by the size of your hat: Ray and Thomas both wear big hats and therefore eat danger and shit bullets, Wee-Um doesn't get a hat so the best he can hope for is to eat Weetabix and shit... healthily, I suppose."
— Yahtzee Croshaw, on the protagonists of Call of Juarez: Bound in Blood.
Advertisement: