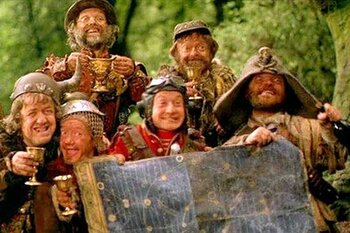 No self-respecting time-travelling dwarf would dream of leaving home without their Nice Hat
Advertisement: