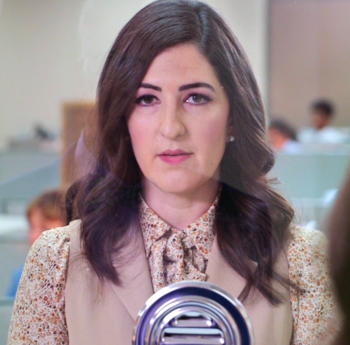 Created by the Makers of Light, Darkness, and Everything.

You've arrived at the Accounting Office. All point calculations taken on Earth are made here. End of conversation.

All in-put of questions and requests are to be made verbally and neutrally. Sign your name and question below and they both will be processed. All cursing will be censored. End of conversation.