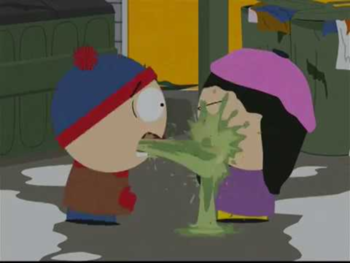 They got a lot better at animating vomit over the years.
Advertisement:

Most episodes of South Park go out of their way to gross out the audience. After 20+ years of runtime, they could give The Tale of Scrotie McBoogerballs a run for its money.