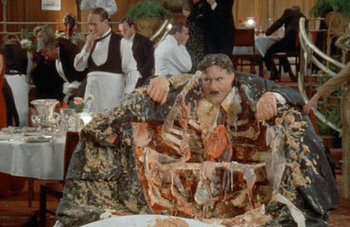 He ate so much that his belly literally bursts open.
Advertisement: