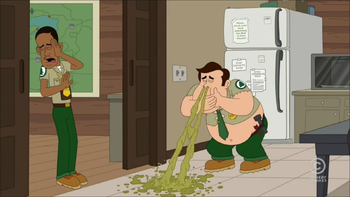 Malloy: I think the kids are gunna love it.

Man, it seems like the main message Brickleberry is that "Nature is a nasty state".
Advertisement: