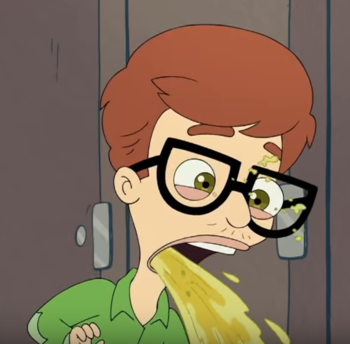 And that's just one of many bodily fluids that he'll unleash.
Advertisement:

Big Mouth is an animated show that visually depicts pre-teens going through puberty, which means that it pulls no punches in exploring the ickier side of growing up.