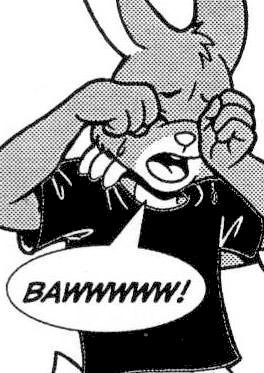 Yes, this was originally meant to be taken seriously.

Dramatic tension is good for pulling in new viewers to a webcomic. It doesn't always work out that way, though.

Another thing that doesn't always happen is people agreeing (often due to Fan Dumb on all sides). Be warned that some of the opinions expressed here are a bit... extreme. Webcomics tend to draw quite polarizing views and many people are quite vocal about them. Some people just don't like these webcomics, and we all know being horrible about something you hate is soothing. Others are dedicated fans who twitch whenever they hear criticism, no matter how valid or witty. So don't trust this page: read the comics!