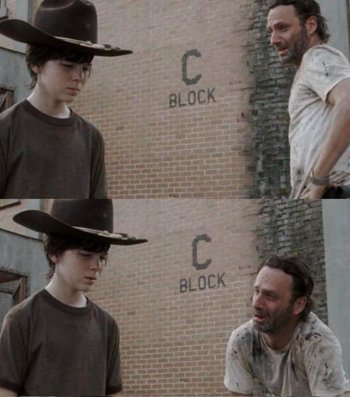 They're supposed to be grieving their closest loved one. Instead, it became a meme.

The Walking Dead may be one of the most popular shows on the air, but that doesn't mean it doesn't have some good old-fashioned Narm.