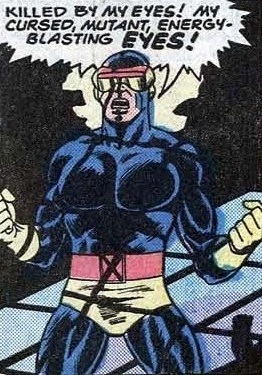 Any drama this scene may have had, ruined by my dialogue! My cursed, mutant, energy-blasting dialogue!!
Advertisement:

Yes, even the seemingly foolproof combination of panels, speech balloons, thought captions, illustrations, and violence is not immune to Narm.