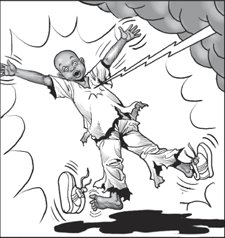 Sometimes, tragicomedy strikes like a lightning bolt from heaven.

This section is devoted to the cottage industry that is Chick Tracts Narm. HAW HAW HAW.