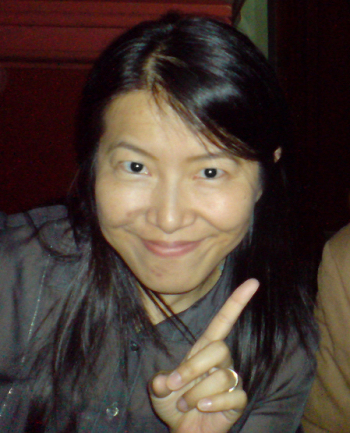 Yoko Shimomura (born October 19, 1967) has been composing in the video game music industry since the late 1980s. Early on, she was a recurring composer for Capcom (and was part of their in-house jazz band Alph Lyla), and then for Squaresoft, and more recently a freelance composer. She is probably best known for composing the music for the Kingdom Hearts series, as well as the music for the Super Mario Bros. RPG games, starting with Super Mario RPG (while at Squaresoft) and the entire Mario & Luigi series since.
Advertisement:

Contrary to popular belief, Shimomura did not compose Mega Man 6. The soundtrack for that game was composed by Yuko Takehara instead.