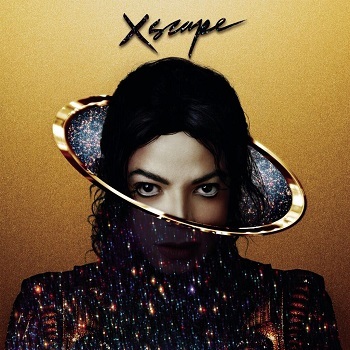 Xscape is the second posthumous albumnote Eleventh, if you count all the compilations released between Jackson's death and Xscape and twelfth studio album overall by Michael Jackson, released in 2014.

After Michael's tepid and controversial reception by fans and critics alike, both Epic Records and Jackson's estate went back to the drawing board for Xscape. Producer and Epic CEO L.A. Reid, who worked with Jackson before, enlisted hip hop producer Timbaland to lead a team of other record producers to remix and contemporize eight selected unreleased tracks for Xscape. Among those selected to produce the album were StarGate J-Roc, John McClain and Rodney "Darkchild" Jerkins, the latter of whom was the only producer from the eight songs to have been involved with the original production prior to Jackson's death.

Unlike many of Michael's tracks, Jackson's vocals lack Auto-Tune or any other type of vocal processing, allowing them to sound more natural. Also unlike Michael, a deluxe version of Xscape was released, featuring a second disc containing the original versions of the tracks, along with a few remixes and a behind-the-scenes DVD. The album was also heavily promoted by Sony, allowing Xperia Z2 owners and Music Unlimited members advance access to the album and an exclusive remix (which led to the whole thing getting leaked less than 48 hours prior to the album's official release).

Despite the leak, Xscape was met with positive reviews on release, and peaked at number two on the Billboard 200.

Not to be confused with the four-woman American R&B group Xscape, known for such 1990s hits as "Just Kickin' It," "Understanding," and "Who Can I Run To?".

Tracklist (tracks marked with a single asterisk are deluxe edition tracks and with two asterisks are special edition remixes):

Do You Know Where Your Examples Are?