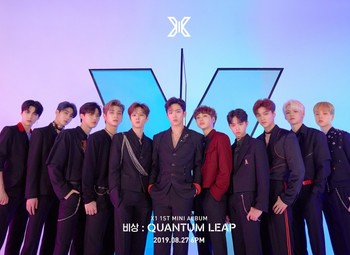 X1 (Korean: 엑스원) is an 11-member South-Korean boyband that debuted on August 27, 2019 with the mini-album Emergency: Quantum Leap, after forming on the fourth season of the idol survival show Produce X 101. The group was originally planned to promote for five years, but on January 6, 2020, they were disbanded due to a controversy regarding vote-rigging on the survival program.